Over the years number of people who have seen the tarot cards as a medium to foresee the future, for divination and have both spiritual as well as emotional guidance has increased. There are also many common myths, superstitions and lesser known facts about tarot cards.

The Origin of Tarot Cards

Myths and Superstition: Many believe that tarot cards were originally from ancient Egypt.

Fact: There is no valid and proper evidence to prove that tarot cards came from ancient Egyptian sources. The first mention of the tarot cards, in history, was during the renaissance period in Northern Italy that was in the 1440s. 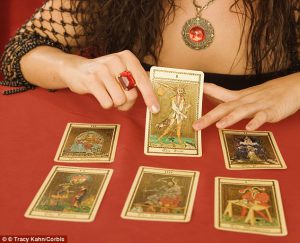 Myths and superstition: Only people with psychic abilities can read tarot cards and can interpret the hidden meaning of the cards.

Fact: One can read the tarot cards if he/she has a basic understanding of the cards, which includes, the names, meaning and possible interpretations.

Myths and superstition: Tarot cards are evil, as they have symbols which are believed to be a commodity of evil people.

Fact: This conclusion is a result of a myth that got its form when the Pagan people were abolished by the Christian Church during ancient times. People started believing that tarot cards are a product of the Pagan people.

Myths and Superstitions: The accuracy of the tarot card predictions depends on the fact that only the one, whose card is being read, must touch the cards only and therefore if someone else touches them will bring bad luck to the deck.

Fact: Though some tarot card specialist prefers to be the only one to touch or handle the cards, the cards can be touched by one or more than one person without jinxing the whole deck.

Myths and Superstitions: Tarot cards are occult and that is the reason the tarot card consultants are always dressed as a mystical figure.

Fact: Tarot cards are not occult and it can be proved only by evaluating the meaning of the word, “Occult” which means hidden. Tarot cards are not done in hidden places rather it is a practice that is even advertised. Though it was misunderstood widely as the occult during a time but it is not the case now.

Myths and Superstitions: Tarot cards can be understood or read only by looking at the picture drawn in it. For example, the death card means that the person is going to die.

Facts: The same tarot card may have different interpretations. Some positive tarot cards may have negative meaning and vice versa. Similarly, the death card in tarot means the death or end of an older job or chapter in one’s life and beginning of a new time. Death card symbolize change actually.

Tarot card readings require a certain level of knowledge and understanding which also helps in bursting the bubbles of all the myths and superstitions concerning it.

Hey! I went through the options to learn the Tarot reading from several resources offline and online. Tarot is being used since centuries now, to identify some hidden truths. It is just only in the past few decades, the interests in the tarot reading have grown out of proportions.