The Tarot, which started as being used to play games in the mid 15th century, soon began to be used for divination and for future prediction in the late 18th century. The origin of tarot is ambiguous; some believe that it originated from Milan or Bologna while many believe it is from Northern Italy. 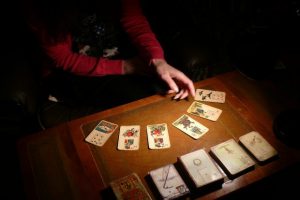 The reading of tarot cards is called Tarotology. Here it is believed that by posting a question to the cards, one can peek into the past, gain insight into the present and predict the future. This form of cartomancy has gained popularity far and wide over the period of time since 1780.

Here are few facts about tarot cards that are lesser known 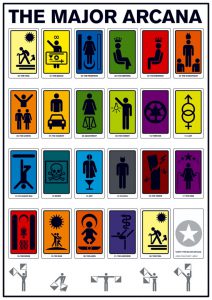 Different meaning for the same card

Each card, including all the major arcana and minor arcana, can have two interpretation or meaning that can be either positive or negative. Sometimes a negative card might have a positive meaning and vice versa.

Similar the elements of star sign that is Earth, Air, Water, and Fire, the tarot also have pentacles (earth), swords (air), cups (water) and wands (fire). The pentacles indicate changes and success in work life, career, and finances. The sword shows changes or development in the negative areas in life. The cups are used to understand the future of relationships and emotions. The wands are related to motivations and projects.

While many get confused regarding the similarity between tarot cards and oracle cards and sometimes are thought to be the same, they are actually different. The oracle does not have a specific number of cards and has some cards similar to the tarot cards. Some oracle cards have angels as a theme.

The tarot card reading is believed to offer emotional and spiritual guidance. It can help predict the future. At the same time, tarot card readings are also weighed as a pseudoscience and have no scientific merit or evidence.

Hey! I went through the options to learn the Tarot reading from several resources offline and online. Tarot is being used since centuries now, to identify some hidden truths. It is just only in the past few decades, the interests in the tarot reading have grown out of proportions.